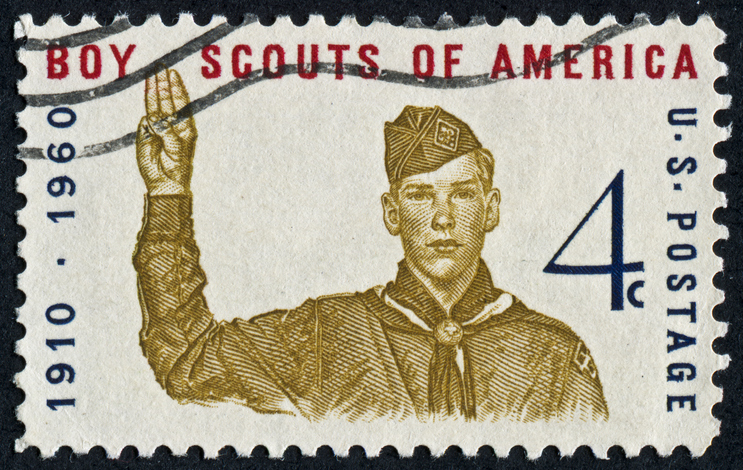 The lawsuit is based upon a man from Pennsylvania who claims to have been assaulted “hundreds” of times over a span of four years during the 1970s.  The lawsuit alleges the Boy Scouts of America knew that sexual predators or pedophiles had spread throughout the organization.  Several hundred accusers have come forward recently and civil lawsuits are bringing the truth to light.

Did you suffer molestation or a sexual assault as a cub scout, webelo or boy scout?

Are there searing memories from your past you have tried to forget for years?

Is it time to hold those responsible for what has happened accountable?

There is good News Regarding the Statute of Limitations for sexually-related civil cases and lawsuits from actions which took place on or after January 1, 2009.  You now have until December 31, 2026 to bring an action for sexual assault, rape, sexual harassment, abuse or associated violence and hold the perpetrator financially accountable for their actions.

AB 2777, known as “The Sexual Abuse and Cover Up Accountability Act” no provides victims of sexual-related offenses with the right to bring an action or lawsuit against any individual(s) or entity who committed or helped to cover up or attempted to cover up previous allegation(s) or or instance(s) of sexual assault allegations.

The Boy Scouts acknowledged receipt of a lawsuit alleging widespread sexual abuse in the Boy Scouts of America as well as a spreadsheet sent by the attorneys in the case.  The BSA has stated they were “”continuing to manually search paper records at the local level to see if we can identify more information about the additional alleged perpetrators identified in the plaintiff’s attorneys list.”

“We immediately investigated the limited information provided and our efforts have already resulted in approximately 120 reports to the lead law enforcement agency in each state with an accusation of abuse,” responded the BSA. “We have also contacted local law enforcement for all the cases in which enough information was provided to identify the correct agency.”

The Boy Scouts have acknowledged several pedophiles on the list sent by plaintiff’s attorneys had been previously identified by the Boy Scouts as “predators” and were listed on private records maintained by the organization known as “perversion files.”

The BSA has denied hiding the names of identified pedophiles or those accused of sexual assault from law enforcement.  Previously, the BSA have revealed knowledge of or evidence of sexual abuse by more than 13,000 scoutmasters and volunteers.  New evidence suggests there may be tens of thousands more abusers than the BSA has previously admitted.  The Boy Scouts have recently announced they are considering the protections of bankruptcy among mounting lawsuits.

Were You a Victim of Sexual Assault in the Boy Scouts of America?

Were you a victim of sexual assault or molestation as a Boy Scout?  You do not have to keep these deeply painful issues from the past to yourself anymore.

My name is Rivers Morrell and I have more than 40 years of experience with civil lawsuits associated with personal injury cases such as sexual abuse in the Boy Scouts of America.

Those who have come forward have detailed memories of these moments.  They are vivid stories of sexual abuse and molestation by trusted scoutmasters and Boy Scout adult volunteers.

It is not too late to hold those who are responsible accountable for their actions.  California civil law provides an opportunity for those who have suffered sexual abuse, molestation and other sex related cases to hold perpetrators financially accountable.  I can tell you from my personal experience with other sexually related civil cases there is healing and restoration of strength in pursuing legal action.  I understand the highly sensitive and private nature of your experiences.  I will keep them private and protect you throughout this process.

I invite you to review the strong recommendations of our former clients as well as the legal industry and contact the Law Firm of Rivers Morrell or call 949-305-1400 to speak with me personally for a private, confidential and free consultation.  Learn about developments in the case against sexual abuse in the Boy Scouts of America and the options which are available to you.  Ask how cases like yours can help to advance the healing process and increase your own internal strength and sense of well-being while helping to protect other boy scouts in the future.

There is no cost to you out of pocket for our services as we work on a contingency fee basis.